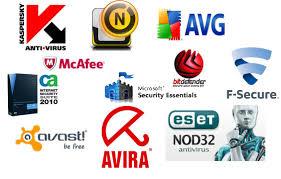 If your computer connects to another computer in any way at all – through shared storage media of any kind, through the Internet or through a common network, you can be somewhat sure that your computer is exposed to malware of some kind. Last year, when the StuxNet worm swept through the world’s computers, it was noted how it seemed to be attacking lots of computers that didn’t even connect to the Internet. Thumb drives and all manner of other things make it possible. The thing is, there’s just no need for this. There’s so much free anti virus protection available that’s exactly as good as the paid stuff (not that the paid stuff costs anything much).

Search on Google for free anti virus protection, and you will fairly be overwhelmed by the sheer range of choice. Just about every paid antivirus company out there from Avast to AVG, from Avira to Ad-Aware, has a free product out there (is it just me, or do antivirus makers prefer names that start with the letter A more than anything). Best advice? Get a good expert like experienced Aberdeen IT support  company, Pisys.net – they can help out in most cases.

Of course, as much as is available, you can have a bit of trouble making the correct choice. Which way do you go?

Your antivirus needs two kinds of ability. It needs the ability to detect viruses on a computer already present when it is installed, and it needs to be able to detect new threats that appear after the installation occurs. Most people don’t think of it this way. They think that if antivirus has one kind of ability, it’s a given that it will perform well the other way too. Well, we’re going to rate popular free anti virus protection for their effectiveness on each count.

Let’s start with the ability to fight existing viruses and other nasties. When it comes to this ability, Ad-Aware is hands-down the favorite everywhere. If you are looking for free antivirus to help clean up a system that appears to be infected already, Ad-Aware is your best bet. The runner-up in this category is Panda Cloud antivirus.

The great thing about Ad-Aware is that it’s great at protecting you against new threats as well. While Panda does great at detecting infections already present, it struggles very much completely cleaning your computer up once it’s detected stuff.

When it comes to blocking new threats, Ad-Aware manages to shine again. But there are other brands that do a good job too – like, Avast and AVG, for instance. The great thing is though that you have a winner in Ad-Aware – one solution for both fronts of the fight.