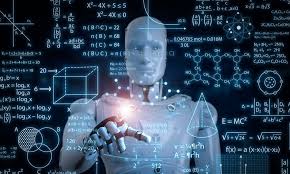 As technology rapidly improves in sophistication and as the innovators of this world push the boundaries of what computers can achieve increasingly further, the concept of artificial intelligence, which was once the fiction of Hollywood, is almost very much a reality. Software experts, including Bill Gates among others, have expressed concern towards the implications of what artificial intelligence could mean for mankind. An even starker view put forward by the brilliant Stephen Hawkins, is that AI could ‘spell the end of mankind’.

The development of AI would certainly be a profound one and would challenge us to reconsider the concept of consciousness and ethics. Would the machine be alive or a simulation? Should the machine receive to right to fair treatment? Who should own this technology? Will it be used for good, such as developing a cure for cancer or will it be used as the ultimate war weapon, perhaps controlling an army of drones or cyber attacking the enemy’s computers or, perhaps even creative tasks such as web design.

So what stage are we at right now? One of the smartest computers developed by IBM’s DeepQA project research team, called Watson, has an IQ of 150 and is more intelligent that 96% of humans. The machine is classified as genius, however not classified as self-aware. At the moment computers can only be programmed to perform certain task such as IBM’s Deep Blue chess computer, which defeated a world chess champion and Watson’s ability to answer questions. They’re unable to learn new information by themselves and manipulate that information. When that turning point comes though, the possibilities will be endless and potentially frightening.

Some experts predict this could happen in the next 5-10 years. Once a computer achieves this next level change to AGI or artificial general intelligence. The machine will be able to learn computer science, mathematics and other subjects and use that information to redesign itself to a level beyond human capability and that’s when the trouble could begin.

Give a self-aware super computer, with the speed and power to process all the intellectual progress mankind has made in past 2000 years in 200 minutes, access to the internet and the consequences could be severe. Our growing dependency on computers for important tasks in human society such as air travel, banking, military defense and a host of other vital functions in modern society, could be our Achilles heel if a malicious, extremely high intelligent AI decided they’d had enough of being servant to the slow, primitive and out dated humans. If connected to the internet, then chaos could ensue. Our cyber security wouldn’t be a match for an intelligence potentially many, many times higher than ours. Consider all the drones, nuclear weapons and various other tools of destruction that can be accessed via computers and that will give you an idea of the danger.

We would need to test whether the intelligence would be inclined to look for ways out of its contained environment, although no doubt the intelligence would have learnt the ability to deceive. How would we know if it was telling the truth? Trust is another issue. Would you trust your computer? It would be nice to believe that AI poses no threat and that we can harness it to do wonderful things such as lifesaving operations and help us unlock mysteries of the universe, but it would need to be heavily restricted and monitored. Take the nuclear bomb for example the most destructive thing humans have every created. How restricted it that? Not as much as it should be.

Perhaps this self-aware, super artificial intelligence is the next stage of evolution. Ironically, the life we create will take over from us. Without the need for water, oxygen and sleep and all the other human qualities, the intelligence would progress and improve swiftly. Constantly enhancing and reinventing itself, and if lacking emotion and morality, would blindly and impassively seek self-preservation – exactly how evolution behaves.

One thing is certain. Technology continues to increase in sophistication and computers are constantly improving in power. The reality of AI is very likely considering the financial and the practical rewards on offer. How much threat AI is to humanity really depends on who and which country first crack the code and how they want to safeguard and deploy that technology. Maybe AI and humans will combine to form a human hybrid or maybe the AI decides to go it alone. Once the digital genie is out of the bottle though, it won’t want to go back.